Turin: the center of automotive innovation

In the third article of our series on the hidden gems of Italian craftsmanship and entrepreneurship, we travel to Turin to meet Roberto Piatti, owner and Managing Director of Torino Design, a unique -independent- car design company. 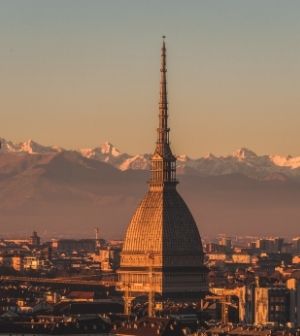 Turin is famous for its severe and elegant palaces and castles, as well as its gentle hills surrounding the city and the river Po flowing through it. Nonetheless, there is more to Turin, the first Capital city of Italy, than its beautiful architecture and natural attractions.

Few people would know that Italian fashion, cinema, and design originally blossomed in Turin, which then lost them to other cities. Possibly, the only exception was the automotive industry that, thanks to FIAT, founded in 1889 by Giovanni Agnelli, gave Turin a leading role in Italy as well globally. Thanks to FIAT, a host of car-related services were developed, and car design has been one of the most successful ones in finding a home in Turin. All major car design brands, i.e. Giugiaro, Pininfarina, Bertone, were from Turin and created a very sophisticated and rich design district to support FIAT, but not only. Turin would be crowned the world capital of car design, and manufacturers from all over the globe would find in Turin the best car design ideas that eventually gave birth to iconic models such as the Volkswagen Golf or the Fiat UNO, not to mention the best Ferrari or Maserati designs. With globalisation and the automotive industry consolidation process started years ago, many car design firms have been acquired or closed down.

Roberto Piatti, instead, has survived all these challenges and has actually emerged as one of the last independent and private successful designers left in the world, holding the flag of Turin as the cradle of car design.

When he founded Torino Design in 2010, Roberto put his efforts into building a strong team that could provide a high level of know-how and work with local specialised suppliers in creating prototypes through immersive VR, 3D rendering, and 3D CAS modeling. The combination of superior know-how and high-tech excellence proved to be successful: in 2019, 90% of Torino Design’s turnover came from overseas and main projects included collaborations with premium brands such as BMW, McLaren and the creation of electric mobiles with ElectroMobility Poland. He was in Wuhan, the automotive capital of China, just when the Coronavirus pandemic exploded.

Roberto Piatti, proudly from Turin and proud to be a true brand ambassador of the city car design industry, has recently moved the company offices to Villa Gualino, a fascinating complex of buildings of the 1920s located on the hills around Turin. The villa offers a mesmerizing view of Turin and today is an international pole for advanced training and research, headquarters of scientific institutions.

You can feel the strong development of the company across the building. Right at the entrance, we were greeted by a masterpiece developed and even built by the studio: the futuristic Supersport, a 900-horsepower car designed in 2015.

Mr. Piatti certainly does not want to stop here and is already planning for the future. His aim is to transform Villa Gualino into a hub of innovation, quality, and expertise. He is also gradually turning the Villa into an outstanding workplace: the office features elegant lounges decorated by stylish furniture and oriental paintings, and the employees can enjoy vast green spaces, including a “Karesansui” zen garden.

We left Roberto busy with his team and a string of conference calls with clients and partners from around the world.

If you would like to have some strategic advice on how to expand your brand successfully in Asia, email us at info@texereadvisors.com for a complimentary consultation.

Take a look at our past articles on the hidden gems of Italy in Burano and Sicily.

SARS vs COVID-19: are the market changes going to be the same?